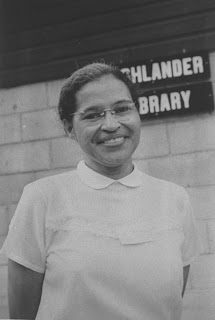 “[Today] marks 57 years since Rosa Parks, Riding the bus on her way home from work, refused to give up her seat to a white passenger and sparked the Montgomery Bus Boycott, one of the first large-scale triumphs of the Civil Rights Movement. Before that day, Mrs. Parks was already a devoted activist and the secretary of her local NAACP branch, but on December 1, 1955, in the words of Dr. Martin Luther King, Jr., Rosa Parks was ‘tracked down by the Zeitgeist – by the spirit of the time.’ [She is pictured above at the] Highlander Center, where she’d attended a workshop on racial integration four months earlier.”

“As part of Native American heritage month, SnagFilms is featuring some of NAPT‘s titles on their website. Check out all 12 Native films and watch them for free.” 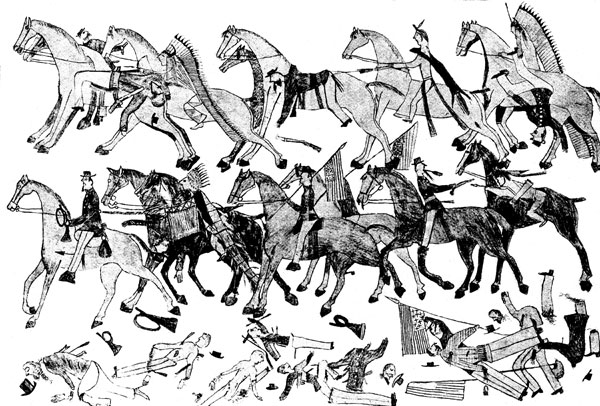 “This is an emotional exercise – it validates our history, it just hasn’t been told.” From NBC Latino, an interesting story about a researcher’s dedication to uncover the story of Mexicans who came to the U.S. in the early 1900’s to help expand the American railway system.

The Association for Cultural Equity/Alan Lomax Archive is currently seeking folks’ help in covering a financial shortfall that, if not met, will jeopardize current programs and staff levels. This season there are many worthy causes to support; if circumstances allow, please consider helping this invaluable organization continue its work.

“Franklin Roosevelt described decent housing as a basic human right. So why has the federal government been cutting housing assistance – especially in rural communities?” The Daily Yonder investigates.

“Are you the next Woody Guthrie? Let us hear it. Let the whole country hear it. Be a part of the “This Land Is Your Land Project,” by way of American Masters | PBS.”

“We used to be asking the question, ‘How can this land serve us?’ Now we have turned the question around and are asking, ‘How can we serve this land?'” Excellent Places/Design Observer article and slideshow on Terry Evans and her retrospective exhibit at The Nelson-Atkins Museum of Art.”

From NPR’s “All Things Considered”: “Growing up blond and blue-eyed in Southern California, Joe Mozingo thought his name was Italian. But the family history on this father’s side had always been a bit of a mystery. Onthe journey to discover the truth about the Mozingo name, Joe travels from the libraries of Los Angeles to the courhouses and plantations of Virginia and finally to Angola.”

Via The Hayloft Gang documentary: “The original, iconic documentary on the Dust Bowl, made while it happened.”

Some rural-urban humor from Dolly Parton and Stephen Colbert, courtesy of The Hillville Magazine: Exploring the urban Appalachian connection:

And now, we’ll sign off with my favorite Dolly song. Happy December, y’all.