This weekend The Western Folklife Center is hosting the 26th Cowboy Poetry Gathering in Elko, Nevada. Each year, according to the WFC, the Gathering brings together “thousands of cowboys and cowgirls, poets and musicians, artisans and scholars, rural people and city folks.”
Starting on the evening of Wednesday, January 28th, the WFC will offer a cybercast of the festivities. There is also a very interesting Gathering Blog that offers a behind-the-scenes look at how such a festival comes together. If that’s not enough, there’s an feast of podcasts from Ranch Rhymes: Cowboy Poetry and Music from the Western Folklife Center.  Here’s Hal Canon, the Founding Director, describing the genesis of this particular gathering

Some people say the Cowboy Poetry Gathering was born in January 1985. Now called the National Cowboy Poetry Gathering, it was decreed thus by the U.S. Senate and all the crown heads of Europe. However, most people just call it “Elko.” When it started, people described it as a parting of the sea, a gathering of tribes, a “Class A” drunk in a long series of various-classed drunks. Some journalists say it’s the most honest and open-hearted festival in America. Ranchers say these few days contain the highest concentration of lies in any one place at any one time. Twenty years ago, Glamour Magazine said it was one of the best ten places in America for a woman to find a real catch. All of this makes a sensible person wonder.

Mr. Canon also explains that such gatherings have taken place in Elko for many decades preceding the week-long celebration he organizes. Yet, in an essay also attached to the above link, he recounts the initial impetus for this current incarnation, and the massive amount of individual and community energy that went into getting the Gathering off the ground. Their work looked to reclaim a segment of their regional culture:

When the idea for the Cowboy Poetry Gathering came up in the late 1970’s the cowboy image was at a low point. Hollywood had pretty much stopped making cowboy movies. Nashville had dropped the western out of country and western. And all sorts of new meaning had been pumped into the word “cowboy.”

Time spent wandering through the Gathering’s store of online sources will surely stand as a testament to the success of this community’s vision–and to a tradition of “cowboy” arts that are still very much alive. I’m particularly interested in the Gathering’s efforts this year to connect western cowboy culture with its related strains in the American Southeast:

For the 26th National Cowboy Poetry Gathering the Western Folklife Center is pleased to present Seminole and “Cracker” cowboys from Florida and swamp cowboys from Louisiana. Cattle ranching is one of Florida’s oldest and most important cultural and occupational activities, beginning when Spanish explorers introduced horses and cattle to the region in the 16th century. Louisiana’s cattle business has flourished since the mid-18th century. In their part of the country they say “anyone can herd cows on dry land!” Our guests will include poets, storytellers, cooks, Creole zydeco musicians, craftspeople and Seminole Indian cowboys.

Among this list is Geno Delafose & French Rockin’ Boogie, whose latest release has been nominated for a Best Zydeco or Cajun Music Grammy, as well as Nick Spitzer (see the post regarding Zydeco: Creole Music and Culture in Rural Lousiana from last week). Let’s hope that some of these performances make their way online in the coming weeks. Until then, those of us who haven’t been lucky enough to attend have a whole host of aural and visual treats to enjoy on the Western Folklife Center site.
Tweet

An Organic Parable: Baucis and Philemon 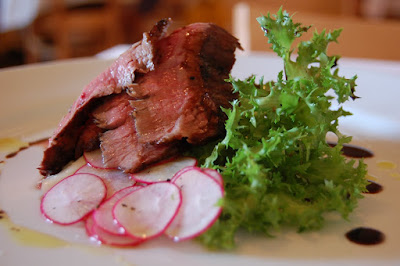 Ovid, in book VIII of the Metamorphoses, tells the story of Baucis and Philemon. In sum, Jupiter and Mercury come to earth in the guise of poor wayfarers in need of board and bread. At every turn, they are turned away by the inhabitants of the village. At the edge of town an elderly and impoverished couple (Baucis and Philemon) invite the wanderers into their home. They give them the best of what little they have. Of course, in the face of such piety and grace the gods reveal themselves and announce their intention to destroy the village for its sins. Their noble, elderly and poor hosts live on as priests at the gods’ temple and are granted their one wish: to die together at the same moment. In keeping with the theme, the two rustics are transfigured at the hour of their death into twin trees forever intertwined with one another. It is a beautiful and enduring story. 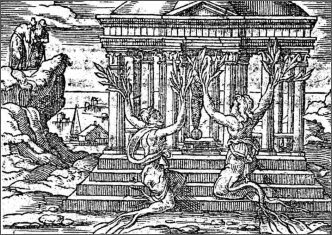 But what has this to do with “the rural”? As I teach this text every semester one passage remains with me, the meal Baucis and Philemon serve the god-guests:

And this is to say nothing of the bacon put on the hob some twenty lines earlier! This meal sounds delicious to me, and not dissimilar to the pricier fare I find at the better and trendier restaurants here in Boston and New York: preserved cherries! a selection of olives! a salad of endive and radish, with chevre and bacon! But for Ovid, the consummate urbanite and definition of urbanity, this meal was the height of rusticity, simplicity and poverty. In other words, to an educated, literate and wealthy Roman of the 1st century AD, this meal was poor fare at best – or rather the best of the poorest fare – and he likely read this passage with a smirk and smile at what the country rabble are reduced to eat.
Fascinating isn’t it? Over two millennia food not fit for gods or privileged Romans – peasants’ fare no less! – has become the meals we savor … and save for. In fact, it seems we are going out of our way for simpler and simpler food, to the point of fetishizing it.

One of the stated aims of The Art of the Rural is to ask questions about what exactly “the rural” is, and how it intersects with “the urban.” In the weeks and months ahead, I hope to post entries that explore how food (and food culture) intersects and connects these two terms. 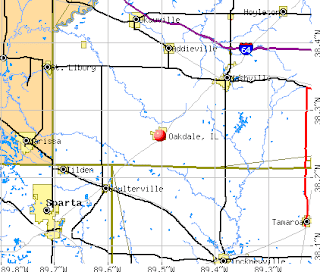 The Daily Yonder and The Rural Blog are two sites I read each day; they both provide some of the most thorough, provocative and indispensable information and commentary on rural issues. The Daily Yonder today offers analysis on the senate election in Massachusetts (both the most heavily rural and heavily urban counties voted for Democrat Martha Coakley) as well as this fantastic reminiscence on the local history of Oakdale, Illinois–the fictional small-town home of As The World Turns. Here’s a glimpse of writer Julianne Crouch walking down this soapstone memory lane:

Geographically, Oakdale started out in the corn fields somewhere in central Illinois. The town now has at least one hospital, a television station, three newspapers, a university, a fancy hotel (where characters unaccountably live for long stretches), a dive motel, and a police force. It has a convenient airport, with jets on stand-by if one needs a quickie divorce in “the Islands.” Like the town of Springfield, where the cartoon Simpsons live, it has whatever geographical features suit the story line. Oakdale is an easy drive to the mountains, New York City, and of course, Chicago.

The show premiered in April 1956. When I first moved to Oakdale for one hour a day, Chicago was rarely mentioned. It might come up if someone sought an abortion or needed an organ transplant. But over the years, Chicago has become central to the lives of Oakdalians. Either Chicago’s suburbs are sprawling or Oakdale is snurching north. Oakdalians are Cubs fans but seem to have little interest in the Bulls or the Bears. They go to the Windy City for rock concerts or occasional shopping trips. They can get there and back in no time, unless they slide off the road and hit a tree or are kidnapped along the way. Hey, it happens.

While the essay reads as a sort of fabulist narrative of post-war rural America, the Daily Yonder‘s page also features a very thoughtful response:

Daily Yonder readers undoubtedly will be interested to learn that there is, in fact, a non-fictional Oakdale, Illinois, and it’s a lovely place.  It’s located in the southwestern part of the state – specifically in southwestern Washington County, about 55 miles southeast of St. Louis, Missouri (and about 30 miles northeast of my hometown of Chester, Illinois).  The population as of the 2000 census was 213.

Oakdale is home to one of only three congregations of the Reformed Presbyterian Church of North America in Illinois.  Its existence reflects the early-nineteenth-century migration of Scots-Irish Covenanters from Upcountry South Carolina to present-day southwestern Washington County and northeastern Randolph County, Illinois, largely because of their opposition to slavery.