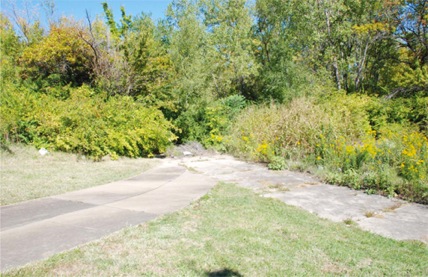 From the ruins of the Pruitt-Igoe housing complex, Saint Louis; Strange Harvest
Today we present an entry from Invisible Cities, one of the most heralded works of fabulist fiction composed by the European writer Italo Calvino (1923-1985).
Born to prominent agricultural scientists, Mr. Calvino spent his youth on a farm behind the hills of San Remo. He would often climb the trees around the farm and perch for hours on their branches – enjoying a perspective, and a kind of creative solitude, that would provide a lasting metaphor for his fiction.
Invisible Cities is a book with few peers. In short dispatches almost resembling flash-fiction, we walk into a story of how Marco Polo describes for Kublai Khan the features and limits of his empire, just as it is beginning to crumble around him. These reports, heavily influenced by Calvino’s interest in folk tales, demonstrate a particular and agricultural eye for detail and deep history, as well as a sense of spatial relationships that speaks to how his formative years were spent outside of the city walls, in spiritual company with Marco Polo. The rural, and the even the agrarian, influence on his work is often not discussed, though its presence lingers:
Cities & Memory 3
In vain, great-hearted Kublai, shall I attempt to describe Zaira, city of high bastions. I could tell you how many steps make up the streets rising like stairways, and the degree of the arcades’ curves, and what kind of zinc scales cover the roofs; but I already kknow this would be the same as telling you nothing. The city does not consist of this, but of relationships between the measurements of its space and the events of its past: the height of a lampost and the distance from the ground of a hanged usurper’s swaying feet; the line strung from the lampost to th erailing opposite and the festoons that decorate the course of the queen’s nuptial procession; the height of that railing and the leap of the adulterer who climbed over it at dawn; the tilt of a guttering and a cat’s progress along it as he slips into the same window; the firing range of a gunboat which has suddenly appeared beyond the cape and the bomb that destroys the guttering; the rips in the fish net and the three old men seated on the dock mending nets and telling each other for the hundredth time the story of the gunboat of the usurper, who some say was the queen’s illegitimate son, abandoned in his swaddling clothes there on the dock.

As this wave from memories flows in, the city soaks it up like a sponge and expands. A description of Zaira as it is today should contain all Zaira’s past. The city, however, does not tell its past, but contains it like the lines of a hand, written in the corners of the streets, the gratings of the windows, the banisters of the steps, the antennae of the lightening rods, the poles of the flags, every segment marked in turn with scratches, indentations, scrolls.

This entertaining and contrary interview with Gore Vidal also helps to explain this “universal” writer; he also briefly touches on the influence of growing up among agriculturalists:

Related Articles:
Contexts: How A Magnet Changed A Village