• Congratulations to our colleague Mary Stewart Atwell, whose debut novel Wild Girls was recently published by Scribner. “Fire-lit from start to finish, Wild Girls is a story of Appalachian magic, conflagration, and supernatural violence,” writes Swamplandia! author Karen Russell. Around Art of the Rural, we call it The Appalachian Anti-Twilight. Check out the book trailer below, directed by Charlie Cline:

• GALA Hispanic Theatre is bringing a reality of rural Southwestern culture to audiences in Washington, D.C. via the Mexican dance company Teatro Linea de Sombra and their newest multimedia program. Celia Wren offers this introduction in The Washington Post: “a theatrical meditation on the harsh realities that face undocumented migrants and their families, “Amarillo” also features projections, throat singing, a surveillance camera, 100 water bottles, a 15-foot-high wall that actors climb and bounce off – and a poem by Harold Pinter.” This event was made possible, as Wren writes, thanks to “Southern Exposure: Performing Arts of Latin America, a program of the Mid Atlantic Arts Foundation in partnership with the National Endowment for the Arts and the Robert Sterling Clark Foundation, supports U.S. arts presenters that band together to bring Latin American performers to this country.”
• National Endowment for the Arts Our Town grants fund creative placemaking projects that enliven communities through vibrant and sustainable art. Information is available online, and two webinars are scheduled to aid in the application process.
November 6:
http://artsgov.adobeconnect.com/our-town-guidelines-nov6/ November 13:
http://artsgov.adobeconnect.com/our-town-guidelines-nov13/

Rural projects have been prominently featured in this program in the past, so folks should consider applying. We will be featuring much more information on the Our Town program in the weesks to come.

• The folks at Dust-to-Digital are directing a new non-profit, Music Memory, which will feature an expansive digital database that “will serve as a musical Rosetta Stone for future generations by showing the links and cross-influences of the many musical styles captured on phonograph records in the first half of the 20th century.”
• “I’m not nothin’ new ’cause I’m black. Bill Pickett was black. He was one of the greatest rodeo acts of all time. A black man, DeFord Bailey, was the first country-music superstar ever. I’m just doing what the greats have already done before me.” 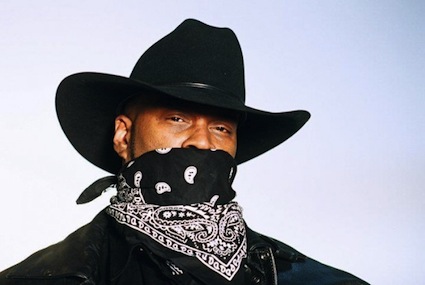 Wild Bill Young infuses his country singing, and his strutting, with elements of hip-hop and rap, a mixture of the musics and lifestyles of his Missouri childhood, and has found he is able to defy racist stereotypes and expand cultural understanding among the audiences he performs for across the country. Calvin Cox offers a profile in The Riverfront Times.

• On Native Ground“captures a demographic of youth through elders, and reaches past all cultural and ethnic barriers, by highlighting positive role models and current and historical events that are uniquely Native American.” Here’s the premiere episode, first broadcast on First Nations Experience on October 24:
On Native Ground vol 1 from jack kohler on Vimeo. 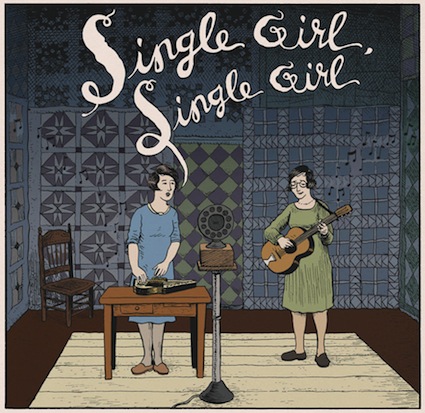 selection from Don’t Forget This Song
• Check out this great write-up on Brian Frink and Rural America Contemporary Art in The Free Press of Mankato, Minnesota. We encourage folks to check out the amazing range of work presented on the gorgeous new RACA site — and stay tuned, RACA is about to debut its online magazine!
• Located in Madison County, Iowa, The Westbrook Artists’ Site operates as “a project for exploration of the post-industrial rural condition.” We are excited about their mission statement: The Westbrook Artists’ Site (WAS) explores the continuity between rural and urban contexts. If the rural is typically viewed as what was left behind in the process of urbanization, WAS insists, to the contrary, that rural life and landscape need to be seen as vital parts of a system that is urban and rural. WAS cultivates art and design as purposeful interventions within such an interconnected system. The WAS project mission challenges participants to find and explore the connective tissue binding rural and urban worlds and to create modes of address that speak from a rural landscape to both rural and urban audiences.

• “Big Tex – his mouth moved as he uttered ‘Howdy, folks!’ – was celebrating its, or his, 60th birthday. But on Friday, Big Tex caught fire and was all but destroyed in the flames and thick smoke. His fiberglass head, hat and boots were consumed, as were most of his fabric clothes, leaving only his outstretched arms, belt buckle and metal skeleton intact.” Folks can read Manny Fernandez’s piece New York Times story here. 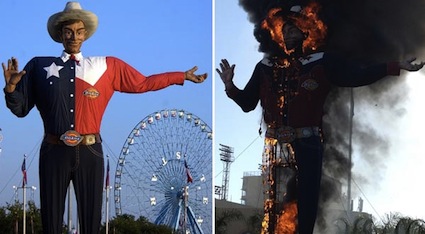