Eamon Mac Mahon: The Landlocked North, On The Edge Of Great Change 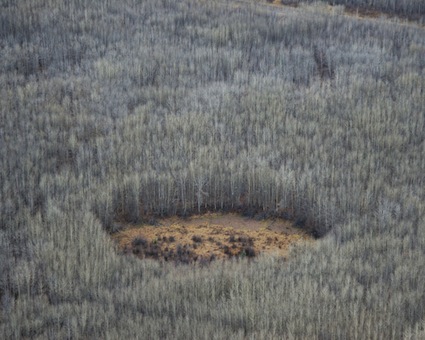 Photograph by Eamon Mac Mahon
Many thanks to artist Richard Saxton for leading us to the work of Eamon Mac Mahon, a photographer raised in a mining community in the foothills of the Canadian Rockies, at the precipice of the massive expanse of boreal forest.
Mac Mahon’s photographs of this place have received much attention in recent years, and for good reason. They balance a strong compositional eye with a sensitivity for cultural nuance and an awareness of the threats posed by expanded natural resource operations. An argument for environment and indigenous culture coexists with these stunning visual elements; in the hands of a lesser artist, this material would seem overly political, a strident kind of photojournalism. Instead, they alternate between wondrous and stark evocations of the landscape we would otherwise never encounter.
We will reprint below Mac Mahon explanation of the Landlocked series, alongside a few further images and an excellent multimedia piece on the work produced by Daylight, a photography magazine. The artist also places his work alongside the environmental threats to the region in a moving photo-commentary in The Walrus. Please find larger, high-resolution examples of this work on Eamon Mac Mahon’s site. 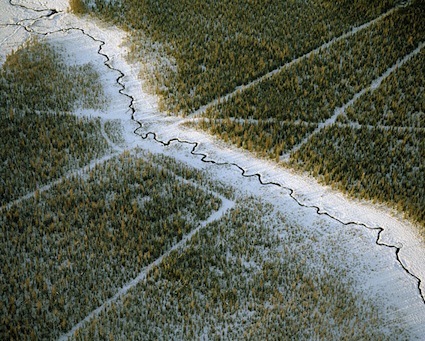 This series of photographs is part of a larger project that began in the autumn of 2004 with a series of extended journeys by bush plane into the Canadian wilderness. Since that first journey, I typically spend three months each year in the north with a bush pilot in a two-seat airplane built in 1946. We set off in the autumn, at the end of the pilot’s season, when we have the skies to ourselves.

In the beginning I was drawn to the boom and bust resource towns scattered throughout northern Canada. I wanted to know what happened in these places: what the people were like and what it felt like to be in a place that is surrounded by so much uninhabited, wild land. It would sometimes take weeks to make our way to these remote villages. Along the way we camped in wilderness, took shelter in fire towers, and were often taken in by strangers. When we finally arrived in an isolated community we would often get stuck waiting for the weather to change, or a shipment of fuel to arrive, or parts for the plane. Most of these communities had no access roads and had generally experienced reckless growth or stagnation, and then decline. 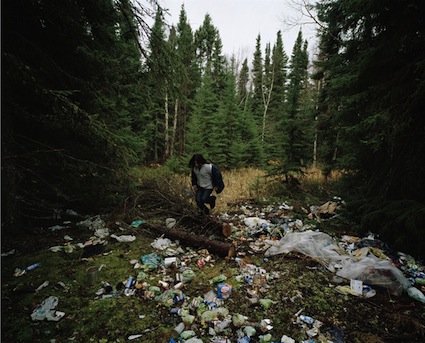 The surrounding wilderness has a deep effect on the inhabitants of these towns and, in turn, the towns have a great impact on the wilderness. And in these small isolated communities, it is possible to see clearly how individuals have made each community vastly different. I have become increasingly captivated by the wilderness between lonely settlements. Vast areas of land not yet exploited, or briefly plundered and left uninhabited. Growing up in western Canada on the edge of the boreal forest, I had vague impressions of mysterious and wild, yet monotonous places. I thought of the north as an endless expanse of homogeneous forests, lakes and tundra. I was wrong. I have been astonished by the variety and complexity of these landscapes. These photographs show a wilderness of increasing importance to the world, on the cusp of great change.