Hick Hop: What, What? 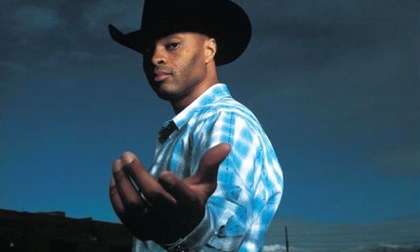 Cowboy Troy
By Rachel Reynolds Luster, Contributing Editor There’s a trend hitting the airwaves, Country hip-hop. Yeah, that’s right. Rarely do I listen to top 40 country, choosing rather to skirt the fringes of country’s by-gone days and to seek out the newer crops of alternative folk and country performers, but in seeking to get some local weather, I stumbled onto a very interesting song, “Dirt Road Anthem” by Macon, Georgia native Jason Aldean:
The song is definitely influenced by the commercial hip-hop genre mainly associated with the urban cultural landscape. In fact, a hip-hop musician and record producer from Meridian, Mississippi, Big K.R.I.T., co-produced the track, which has become a huge success for Aldean. His official website lists his influences as Aerosmith, The Oakridge Boys, and Tupac Shakur, and he says, ““I grew up listenin’ to all kinds of music—rock and Southern rock and country and blues and rap stuff, too. My cousin, who’s five months older than me, he went through his rap phase when we had 2Pac in the car all the time. Really, I’m a fan of all kinds of music.” The lyrics are a familiar mix of dirt roads, beer, cigarettes, etc. I must say, however, that I love the humor found in the re-mixed version provided by hip-hop giant Ludacris…“girls in bikinis, Kenny Rogers, penny loafers…” Nice.Jason’s not the only country artist to dabble with urban-infused tracks. Once I was tuned in to the sound, a crop of young country performers incorporating hip-hop emerged. Eric Church recently had a hit with a tune called, “Homeboy,” which explores the dangers of rural youth getting gold teeth and baggy pants and forgetting about their Mamas. That’s a paraphrase, but you get the picture. Church doesn’t rap in this piece, but rather it serves more as a hip-hop cautionary tale, one which urges the young man in the song to “come home boy.” Feel free to explore more for yourself in the official video.
Probably the largest name in “hick-hop” is Colt Ford, another Georgia native and former professional golfer who’s been hitting the fair circuit and breaking it down across the country. He co-wrote and first recorded “Dirt Road Anthem,” and has recorded samples for many artists including John Michael Montgomery, Montgomery Gentry, and Jamey Johnson before stepping out into the spotlight with his last two records, Chicken and Biscuits, and Every Chance I Get. “Every Chance I Get” has peaked at #3 on both the Country and Rap charts according to Wikipedia.“The New Country Yawlternative” is Colt Ford’s rival for “hick-hop” master, Cowboy Troy. Troy Lee Coleman III, aka Cowboy Troy, is from Victoria, Texas and a member of what is referred to as the Musik Mafia, a group of country musicians including Gretchen Wilson, Big & Rich, and James Otto. His website describes Troy in the “about” section by saying

When you’re six feet, five inches tall you stand out. Add a cowboy hat and you stand out even more. Then, make the subject from Texas with darker than average skin and there’s no question that Cowboy Troy (AKA Troy Coleman) isn’t exactly an average guy.

Troy points to his recording career as a natural outcome of his musical inspirations: country, rock, and rap. Here’s, “Hick Chick” from Coleman’s album, Black in the Saddle: 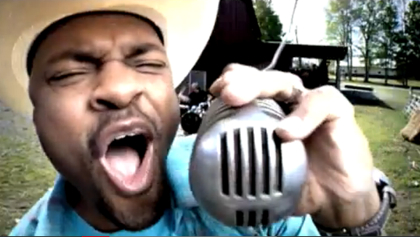 Coleman seems to be the only leading black voice in the “hick-hop” movement. Other African American performers are relegated to re-mixed tracks on albums or added for effect at various award shows.

It’s worth noting that the face of rural America is changing rather rapidly, though not reflected well within this movement. African American populations, historically part of the Rural Diaspora, are returning after the improvement of many southern race relations and there are many newer populations including Hispanic and Asian immigrants that are changing the cultural landscape of the country. These videos and songs certainly don’t reflect that cultural change, they just usurp the hip-hop form to re-enforce rural stereotypes and trite observations of parties, skinny-dipping, fishing, etc.

Other than the obvious lack of diversity in this commercially co-opted African American art form, there are much darker elements, which became apparent as I trolled the comments section of the YouTube videos associated with “hick-hop.” Certain songs incite feelings of racial superiority and have been adopted as racist battle cries leading listeners to spout racial slurs and call for Colt Ford for President.

Some of the more inflammatory comments connected with this cut have been removed since I first viewed it, thankfully. It makes me wonder if these sites are being policed? I was shocked and am still trying to make sense of the rationale, if there is any, which allows for bigots to co-opt an African American art form as an outlet for their hatred. Ignorance, unfortunately, is universal.

It is also worth noting that the rural/urban interface in country music is nothing new, “hick-hop” is merely its latest form. This cross-pollination goes back to the earliest commercially recorded country music and works in both directions. Here’s Jimmie Rodgers and Louis Armstrong doing “Blue Yodel #9:”

I’ll end on a bright note…I did find a positive “hick-hop” song that I actually liked and could get behind! Country pop sensation, Little Big Town, recorded a live cover of Jessie J’s “Price Tag,” on their latest episode of Scattered, Smothered, and Covered. If you’ve taken the time to listen to the other clips, consider this one a palate cleanser.
And don’t forget to go to the band’s website and vote for “What Phillip’s Rap Name Should Be.”
Tweet