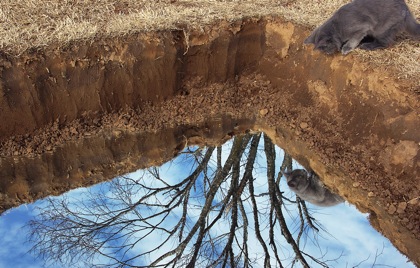 From the Seek biennial; Shea Hembrey
Shea Hembrey was born in Hickory Grove, Arkansas among a family of “farmers, factory workers, hunters, trappers, musicians, and cockfighters.” His Seek biennial is worth considering, especially after the Venice Biennale and Art Basel recently raised concerns over the state of contemporary art–thanks to Rachel Reynolds Luster for introducing us to this work.

Though the Seek biennial features 100 artists, they are all fictional characters invented by Mr. Hembrey; while the work speaks to various trends and orthodoxies in contemporary art-making, Mr. Hembrey is the sole artist. Below, he tells his story on TED and directly addresses the issues we covered previously in our article How the Rural Could Save Modern Art:

A few years ago, I spent months in Europe to see the major international art exhibitions that have the pulse of what is supposed to be going on in the art world. And I was struck by going to so many, one after the other, with some clarity of what it was that I was longing for. And I was longing for several things that I wasn’t getting, or not getting enough of. But two of the main things: one of it, I was longing for more work that was appealing to a broad public, that was accessible. And the second thing I was longing for was some more exquisite craftsmanship and technique. 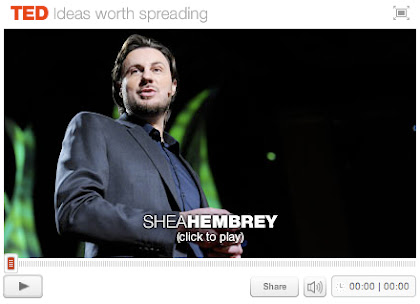 Here’s Brian McMillin, another artist tackling an immense subject matter: the history, culture, and architecture of the state of Iowa:

After two and a half years, my project to visit and photograph every community in the state of Iowa is complete. On June 18, 2011, I hosted a celebration in the Jones County community of Onslow, the final stop among 974 communities identified to photograph across Iowa’s 99 counties. Though the visit to Onslow marks an end to the first phase of this project, much work remains to uncover the history and stories behind these community photos. From modest city halls to grandiose county courthouses, I will continue sharing my photos on a daily basis on Iowa Backroards. 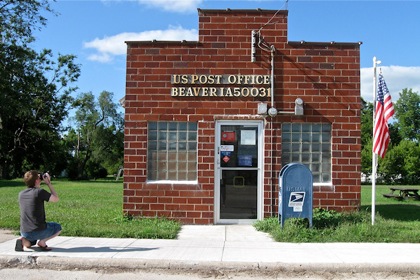 Mr. McMillin’s work is extraordinary. It’s not enough that he’s offered his readers photographic evidence of every community in the Hawkeye State–his site also puts each place into its necessary historical context, and Mr. McMillin reports that there’s more work to do in connecting and expanding upon all of these stories. Folks can also follow his work on Facebook and Twitter. Many thanks to Megan, a longtime reader (and Iowan) for the tip!
Tweet