In Memory of Mark Linkous 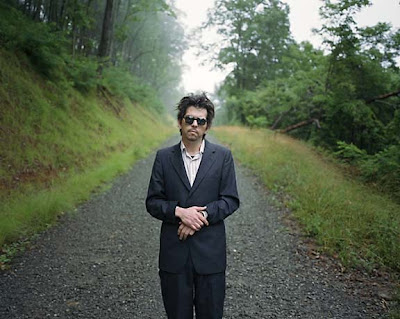 Mark Linkous took his own life on Saturday evening in Knoxville, Tennessee. Born into a coal mining family, Mr. Linkous lived in Andersonville, Virginia and later in Hayesville, North Carolina, where he established the Static King recording studio.
Mark Linkous was known for his work under the moniker of Sparklehorse, whose debut record Vivadixiesubmarinetransmissionplot was widely heralded upon its release in 1995. As with the four records which followed, the songs may have contained foundations of country and blues but they were propelled by a kind of aesthetic that was entirely of Linkous’s creation: an aesthetic that used radio static and found music, children’s toys and effects pedals, in such a way that it sounded gorgeous, emotionally coherent and surprisingly organic. Upon the achievement of that record and 2001’s It’s a Wonderful Life (his other masterpiece) Linkous was highly sought after as a producer. Whether he was behind the controls or not, many contemporary recordings bear the subtle yet indelible mark of his influence.
Sparklehorse emerged onto the music scene during the high tidal-wave of the “alternative country” movement of the mid-1990’s. Though most of those bands came and went, Mark Linkous’s music survived that moment–largely because his songs, even in their darker and more abstract moments, felt honest. Though many of these bands adopted the conventions, poses and accents of country music, and, whether from rural america or not, worked to appear “authentic” to the tradition, Linkous had none of that posturing. He actually lived in rural Virginia, but he went wherever the muses took him: sometimes to pondering small town life, as in “The Most Beautiful Widow in Town,” but just as frequently to visiting places where the commonplace objects transcend themselves and become universal and strangely moving, as in these opening lines from “Spirit Ditch:”

I want my records back
and that motorcyle gas tank
that I spray painted black.

The owls have been talking to me
but I’m sworn to secrecy.

I woke up in
a burned out basement
sleeping with metal hands
in a spirit ditch.

If you’ve never heard the song “Spirit Ditch” before, please give it a listen.

Below, you’ll find a segment from a Dutch documentary that features the black motorcycle and the landscapes that always haunted his lyrics: abandoned houses, wounded hawks, sheds full of engines. Many reviewers would reference the “southern gothic” quality to Mr. Linkous’s lyrics, and while that is a justifiable reference, I always saw the work of Sparklehorse through a different lens. When I began to be a “serious writer” (whatever that might be) I lived with my grandmother in our family’s century-old farmhouse. Mr. Linkous’s music, especially Vivadixiesubmarinetransmissionplot back then, seemed to speak to a challenge that a lot of younger artists from rural america face: How do we reconcile a ghosted past with a strange and alienating present? How can the arts deal with the baggage of modernism but still retain a feeling that is local and honest? How do you represent a rural space that is, unlike many urban expectations, not entirely “natural” or “pastoral” anymore; how do you describe those “metal hands?”
One of the moments that best captures for me how Mr. Linkous worked through all of these problems appears towards the close of “Spirit Ditch.” Through the whispered lyrics and the shimmering guitars, the song reaches the point where we expect to hear a well-placed guitar solo, yet Linkous defies that convention to breathtaking results. In place of a guitar, he patches in an answering message his mother had left for him earlier in the day, where she describes a bad dream she had had about him as a boy. And as the chords swirl under and over her grainy voice just before the chorus, we hear, in an unmistakable southern accent, his mother reaching out: it was like years and years ago, and it was so funny, but I can picture it right now. It’s the moment that I’d offer in memory of Mr. Linkous’s music. That voice: sad, but relentlessly beautiful.
Tweet