Posted by admin on Thursday, September 6, 2012 · Leave a Comment 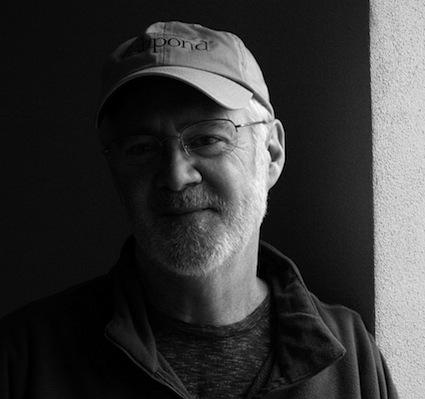 Editor’s Note: Today we are pleased to welcome Polly Atwell as a contributor. Polly is a writer, critic, and author of Wild Girls, a novel forthcoming from Scribner this fall. For more information on her work, please see our contributors page.
By Polly AtwellMention Jack Driscoll’s name to a fiction writer, and you’ll likely get nods of recognition and admiration.  Mention his name to someone who’s spent time in northern Michigan and you’ll get the same response, perhaps with even more enthusiasm.  Since his debut story collection, Wanting Only to Be Heard, was published in 1995, Driscoll has been recognized as the chronicler of that snowbound and still-remote country between Detroit and the Mackinac Bridge.  His stories and novels mine the rural landscape, producing characters that feel like people we know, whether or not we’ve ever been north of Chicago.  In his new collection, The World of a Few Minutes Ago, Driscoll’s flawless sense of prose rhythm, his well-trained eye for the perfect and often humorous detail, and his deep compassion for his characters make the stories a great pleasure for writers and non-writers alike.

Driscoll’s compassion and sense of humor extend into the real world, where they have benefited legions of students at the Interlochen Center for the Arts and the MFA program at Pacific University.  I was lucky enough to be one of those students, and recently I had the chance to talk to Jack about his work, his life as a writer and teacher, and what it means to tell stories of those small rural communities at the 38th Parallel.  An excerpt from our conversation is included below.

“I’ve lived now for thirty-seven years up here in the northern provinces, long enough to have witnessed a literal transformation of the place itself.  When I first arrived in 1975 there were, as I remember, no full stoplights, and so at best we had to slow down a bit for those blinking yellows, and the spaces between them mostly farmland and uninhabited coastline.  Somewhat barren but not as if ‘creation had stopped halfway through the third day,’ to pilfer from Whitney Groves.  Because of the region’s great beauty, and the town’s gentrification, our status as a destination—via the New York Times and elsewhere—has coordinated an entirely new look.  Coffee shops on every corner, and upscale restaurants, film and literary festivals, organic co-ops and farmers markets, and the population during the summer months increasing tenfold.  To varying degrees, cultural collision does occur, though those inherent hostilities are not so directly confronted in my stories.  The focus for me is always something else, by which I mean that tension created by what a place/community offers and what it can’t possibly provide.

“Here’s our standing joke: we have three seasons in northern Michigan—July, August, and winter, and in 2010 we endured an official 209 inches of snow.  Place forms character.  Or, as Ortega y Gasset says, ‘Tell me the place in which you live and I will tell you who you are.’  Up north this protracted winter season overlays and outlines a terrain as gorgeous as it is terrifying, empty, cut-off, unforgiving.  I’ve come to love such extremes, and how these conditions conspire to define behavior.  As the teenage narrator in ‘That Story’ says, ‘I’m eye-level with the snowdrifts that the wind has sculpted, the temperature single-digit at best, and it’s beyond me why I say what I say, but I do, inviting trouble of a magnitude that we don’t need and yet sometimes covet.’  Eliminate this frozen landscape and the story ceases to exist.  It’s the nature, I suppose, of a writer’s sensibility with a particular place, where the characters’ inwardness is informed by all that surrounds them in the actual physical world in which they operate.  Nothing comes more naturally—and less self-consciously—to me than setting my stories here, where I’ve now lived for thirty-seven years.  Not to mention the wildness of such a terrain, which I’ve always, from the time I was a little kid, craved, the woods and the waterways.  And why writers such as John Muir and Henry David Thoreau have been so important to me.”

This feature will continue in a second part, with a selection from “That Story” by Jack Driscoll.