Re-Wilding From The City To The Country 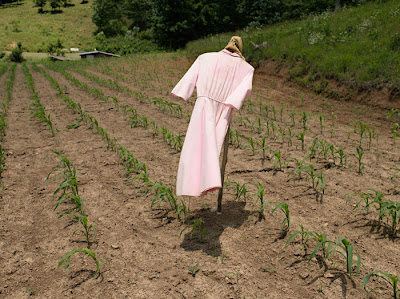 photograph by Lucas Foglia
We’ll start off the week with a very provocative collaboration between photographer Lucas Foglia, poet Forrest Gander, and musician Brady Earnhart: Re-Wilding. This project began with Mr. Foglia’s four-year study of off-the-grid communities–largely folks who left the cities. If some of our recent pieces have been attempting to trouble the static rural-urban binary, then the work of Mr. Foglia–and his fellow artists’ response–adds another complication. Here’s the photographer introducing the project:

From 2006 through 2010, I traveled throughout the southeastern United States befriending, photographing, and interviewing a network of people who left cities and suburbs to live off the grid. Motivated by environmental concerns, religious beliefs, or predictions of economic collapse, my subjects build their homes from local materials, obtain their water from nearby springs, and hunt, gather, or grow their own food.

All the people in my photographs are working to maintain a self-sufficient lifestyle, but no one I found lives in complete isolation from the mainstream. Many of my subjects have websites that they update using laptop computers, and cell phones that they charge on car batteries or solar panels. They do not wholly reject the modern world. Instead, they step away from it and choose the parts that they want to bring with them.

Thanks to Mr. Foglia, many more images are on view here. Below, the widely-acclaimed poet Forrest Gander creates a found-text poem (from Mr. Foglia’s interviews in these communities) and Brady Earnhart adds a score that finds a meditative center across this wide sweep of images. We’d also like to Mike Luster, of the Arkansas Folklife Program at Arkansas State University, for suggesting Re-Wilding.

ReWilding from Forrest Gander on Vimeo.