The Farmers and Freaks of Greg Brown’s Iowa 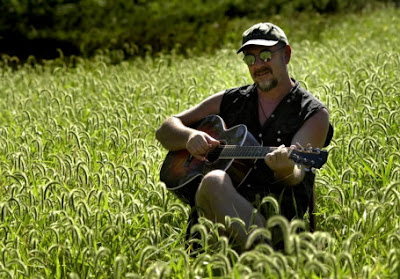 photograph by Richard Sennott, Minneapolis Star-Tribune
This weekend I had the pleasure of spending a few days in Riverside, Iowa, a small town located about twenty minutes south of Iowa City. My experiences in Riverside will undoubtedly lead to a few articles here and a few shared links on our Facebook page; though I’ve spent most of my life in the cities and small towns of the Midwest, my time in rural southeastern Iowa clarified how the organizational term “The Midwest” simply doesn’t do justice to the varied cultures and approaches to place within these states.

One of the pleasures of my time in Iowa was having the chance to read The Des Moines Register, and the writing of Kyle Munson, a columnist who covers Iowa arts and culture with both clarity and personality. Mr. Munson is from Silver City (a proud fifth-generation Iowan); his columns draw from his family connections across the state and from his years as a music reviewer and a freelance feature writer. His goal is to report from as many communities as possible in the state, a mission that can be followed via the Register’s interactive map.

Sunday morning I settled in with the physical copy of the Des Moines Register and found Mr. Munson’s latest work, a review of the album release party for Greg Brown’s Freak Flag:

Folk singer Brown, 61, has served as the unofficial voice of Iowa for decades. Dropping the words “rumbling” and “baritone” into the same sentence is almost a requirement when describing the powerful growl with which he has dispensed love songs as well as odes to the prairie. Yet Thursday night in Iowa City, he also showcased a playful falsetto during his party for “Freak Flag” at the Mill, the restaurant/bar that is one of his favorite old haunts.

Hardly. “Freak Flag,” if anything, brings his career into sharper focus – putting a finer point on the rural hippie persona he has crafted through his rich, celebrated song catalog. It’s almost a bookend to the more straightforward nostalgia of the title track to his album “The Iowa Waltz” 30 years ago (not performed Thursday). Back then he paid tribute to his “home in the midst of the corn” – more of an anthem for farmers.

Folks unfamiliar with Greg Brown’s music may already know his sensibility, as he was the musical director A Prairie Home Companion for a number of years and the co-founder of the Red House roots record label. As Mr. Munson writes, “Iowa’s recent history almost [could] be charted” across the songs in his recent set. Below I’ll share a few of the tracks Mr. Munson suggests: