The Lost Notebooks of Hank Williams 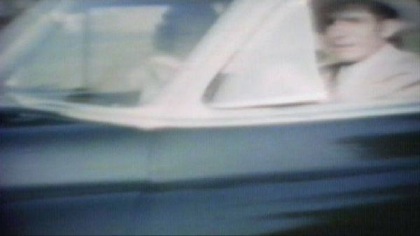 Archival photograph of Hank Williams driving one of his Cadillacs
Bob Dylan’s imprint Egyptian Records is set to release a twelve-song record next month inspired by the songs and lyrical fragments contained within Hank Williams’s final notebook. Musicians all the way from Alan Jackson to Jack White have contributed interpretations of this material; here’s a portion of the press release:

When Hank Williams died, at the age of 29, in the back of his Cadillac sometime early morning on New Year’s Day 1953, he left behind a scuffed, embroidered brown leather briefcase, which he used to carry bound notebooks, among other items, darkening their pages with lyrics and song ideas. Some were fully finished, some just started.

The odyssey of Hank Williams’ notebooks is recounted in the album’s liner notes, penned by Michael McCall from the Country Music Hall of Fame and Museum, who observes, “The history of Hank’s notebooks is as complex as the legend himself. Yet, in the end, what matters most are the songs, and these new works rise from the ether with ghostly relevance. As with his many standards, these new recordings tap straight into the soul of man. This is songwriting at its most artful and most powerful.”