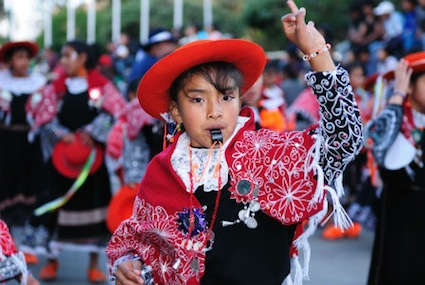 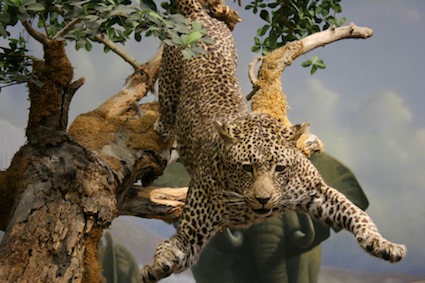 Cabela “African Safari” Display; Minnesota Prairie Roots blog
• Writing for The Atlantic Cities, Scott Reeder of the Franklin Center for Government and Public Integrity investigated the dynamics of mom-and-pop versus box stores in the hunting industry.  “A Bass Pro Shop opened in Bossier City in 2005,” writes Reeder, “after city officials promised to give the retailer $38 million to pay for the construction of the 106,000-square-foot store in this Red River community.” This particular David-and-Goliath struggle is set in rural regions:
Both Bass Pro Shopsand its archrival, Cabela’s, sell hunting and fishing gear in cathedral-like stores featuring taxidermied wildlife, gigantic fresh-water aquarium exhibits and elaborate outdoor reproductions within the stores. The stores are billed as job generators by both companies when they are fishing for development dollars. But the firms’ economic benefits are minimal and costs to taxpayers are great.
An exhaustive investigation conducted by the Franklin Center for Government and Public Integrity found that the two competing firms together have received or are promised more than $2.2 billion from American taxpayers over the past 15 years.
…..
Both firms have a history of targeting rural or smaller suburban communities and negotiating deals that involve extensive borrowing on the part of the municipality to build a store.
…..
For example, state and local taxpayers borrowed $60 million to build a Cabela’s store and its supporting infrastructure in Buda, Texas. For that amount, every household in the 7,600-person community could have purchased a new 2012 Lexus CT Hybrid.
The Buda City Council even agreed to take the town’s name off its water tower and replace it with the word “Cabela’s.” But government largess didn’t end there. The Texas Parks and Wildlife Commission provided Guadalupe bass, the official state fish, for the store’s massive aquarium at no charge to the retailer.
…..
“Retail is not economic development. People don’t suddenly have more money to spend on hip waders because a new Bass Pro or Cabela’s comes to town,” says Greg Leroy, executive director of Good Jobs First, a non-partisan economic development watchdog group based in Washington, D.C. “All that happens is that money spent at local mom and pop retailers shifts to these big box retailers. When government gives these big box stores tax dollars, they are effectively picking who the winners and losers are going to be.”
• The ballad “Barbara Allen” “has been sung in parlors and on front porches for hundreds of years…It has branched into countless forms.” In this recent spotlight essay, the Southern Folklife Collection offered a trip through Charles Seeger‘s field recordings of this song’s many variants across the United States and British Isles. Here is country singer Don Edwards singing a fairly standard rendition of the tune:
• Grist.org’s Sarah Laskow covers one researcher’s examination of an ancient artistic process where art is not created for a viewer’s sake, but because it is an integral part of the architecture: 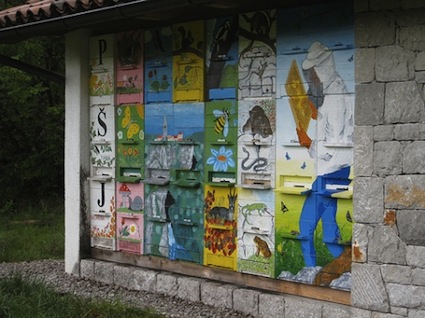 When Meredith Turk, a Fulbright scholar in Slovenia, talked to local beekeepers about their colonies, she found that their bees hadn’t been mysteriously dying off in the same way that American bees have been. Now, there’s probably a scientific explanation for this, but we’d like to believe that the gorgeous painted beehives that Slovenes provide for their colonies also have something to do with it.
Turk explains at Soiled and Seeded:
“Slovenians have painted their beehive panels for centuries, with the idea that bees have better orientation when panels are painted bright colors. When the paintings first appeared, the themes were drawn from Biblical imagery, held in high regard by a strongly Catholic population. After Slovenia’s entry into Yugoslavia, organized religion was banned and panel images depicted more cultural and landscape scenes rather than religious ones prior.”
• Calhoun County, West Virginia is home to Heartwood in the Hills, a community arts school that has been “celebrating the artist in every person since 1982.” For thirty years the organization has provided a variety of dance, art, music, theater, and crafts classes to community members of all ages and backgrounds, and its success is a testament to the transformative power of art in any region. Heartwood’s mission statement should serve as a model for all arts schools, rural or otherwise:
Heartwood embodies the ideal that the arts belong to everyone and the artistic gifts in each person deserve nurturing. Heartwood’s mission is to ensure that everyone has access to Heartwood’s programs regardless of their ability to pay. Heartwood’s Board of Directors and faculty are dedicated to keeping class fees low, ranging from $3.00 to $5.00 per class. Full and partial scholarships are available to all students. The Board and faculty are committed to providing scholarships to any student based solely on need.
Exploring Heartwood’s website feels like leafing through a family scrapbook, with old and new, sometimes blurry, photographs capturing homemade performances. Schools and companies with this amount of outreach are not uncommon in urban areas, though increasingly unaffordable, but the presence of such organizations in rural communities nourishes homegrown creativity that is as vital as the local foods movement.
A 2009 performance of “Min Nuit” by Heartwood in the Hills students, performed at Calhoun County High School:
• Johnny Cash passed away nine years ago this September. To conclude this weekly feed, we leave you with a heavy insight of Mr. Cash’s, excerpted from The Winding Stream: The Carters, The Cashes, And The Course Of Country Music, a forthcoming documentary. Mr. Cash’s words resonated strongly with us, and the hope he has in young people, we feel, is reflected in so many of the stories The Art of the Rural works to report.
My biggest kick is being in a record shop and watching the young people pick up a Carter Family record or a box set, and stand there and read it – you know, read all the print that’s on it, because they want to know. They’re hungry for it. And they’re hungry for a culture, the culture that we have lost, that we have abused, that has been taken away from us, that we’ve outgrown. With our money and everything else, we’ve lost a great, great part of our culture – the simple things of life, the simple things that are basic and fundamental to well-being and happy living.