New Work From Places: Rural Studio, Cotton Farmers, The Sound of Music, And Our Natural Space 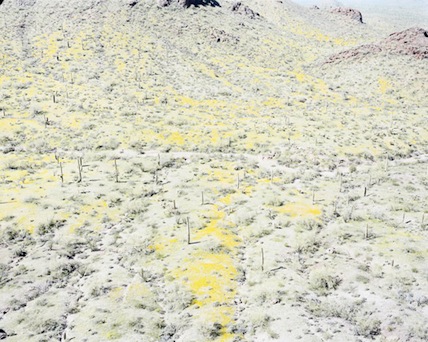 Bloom, 2010; Michael Lundgren
One of the most valuable resources for considering how the arts intersect with and enliven the rural-urban exchange can be found in Places, “an interdisciplinary journal of contemporary architecture, landscape and urbanism, with particular emphasis on the public realm as physical place and social ideal.”
Today we would like to offer links to some recent work from Places that expands conversations and ideas we’ve shared with our readers and collaborators. Below we will feature a brief selection from each piece followed by links to the larger, visually-rich articles: 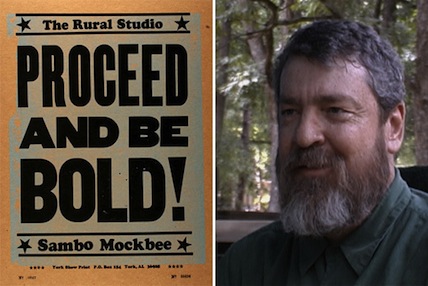 Samuel Mockbee of Rural Studio
Lessons From The Front Lines Of Social Design is an essay by Will Holman that charts this designer’s time spent at the Arcosanti urban laboratory, YouthBuild, and Rural Studio – while also touching on projects we’ve also discussed: Epicenter and Studio H.
Below is an excerpt from Mr. Holman’s time at Rural Studio:

The Rural Studio was founded in 1993 by architects Samuel Mockbee and D.K. Ruth, around the same time I was dreaming away afternoons in my elementary school library. Both professors at Auburn University, Mockbee and Ruth set up shop in Newbern, Alabama, three hours away from the main campus. Greensboro, ten miles north, along with nearby Moundville and Tuscaloosa, were at the center of James Agee and Walker Evan’s Depression-era study of sharecroppers, Let Us Now Praise Famous Men [10]. Mockbee and Ruth hoped to expose students to three things usually missing from modern architectural education: construction, clients and social engagement. “Rural Studio is what architecture should be about, not what it should theoretically be about,” said Danny Wicke, a former instructor and student. “Engaging in practice makes school real and gives it context.” [11] Mockbee died in 2001, and Ruth in 2009, but not before the Rural Studio earned Mockbee a MacArthur “genius” grant and a wave of positive press from around the world. Now directed by British transplant Andrew Freear, the studio has concentrated on raising standards of professionalism and building larger civic projects. “I want to get students to dream about our society,” says Freear. “Architects are not just playthings of the rich.” 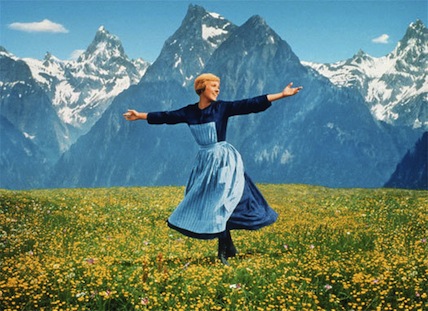 The Hills Are Alive is an interdisciplinary and wide-ranging essay by Michael P. Branch, a Professor of Literature and Environment at the University of Nevada, Reno and a columnist for The High Country News.
In this piece Dr. Branch takes a moment of family history – his daughter’s performing a version of Julie Andrews’ revelry on their Nevada hillside far -and transforms the memory into the groundwork for a meditation on romantic and ecological landscapes. Here’s his introduction:

My grandmother’s highest compliment for a natural landscape was to say that it was “pretty as a picture.” Even as a kid I remember thinking that this aesthetic was somehow upside-down, that the beauty of art should be judged according to the inimitable standard of natural beauty rather than the other way around. During the late 18th and early 19th centuries, well-heeled European travelers toured the countryside looking for views that would be as pretty as a picture — or, to be more precise, as pretty as a painting. And because they had a certain kind of painting in mind as embodying their standard of natural beauty, these early ecotourists often carried with them a small, convex, tinted mirror known as a “Claude glass,” after the 17th-century landscape painter Claude Lorrain. When a picturesque landscape was encountered — say, the snow-capped Alps — the tourists would turn their backs to the mountains and whip out their Claude glass, holding it up to frame the mountains, which were not only reflected but also color-shifted to a tonal range that made them appear more painterly. And voila! The rugged Alps become not only pretty as a picture, but become a picture, as the pleased ecotourists admired not the mountains but rather the image they had created. But must we turn our backs on the land to see it as aesthetically pleasing? Why do we so often love our representations of the world more dearly than we love the world itself? 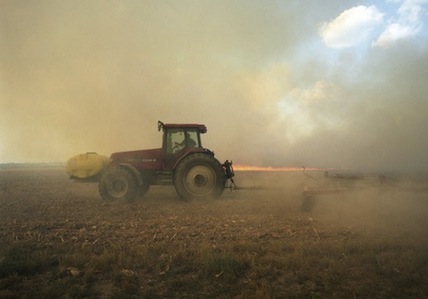 a selection from a photograph from Kathleen Robbin’s project
We also highly recommend visiting Places to view Cotton Farmers: Photographs from the American South, a collaboration between Kathleen Robbins and writer Mary Carol Miller. Ms. Robbins, whose grandfather was a third-generation cotton farmer, recently returned to her family farm for an intensive five weeks of photography and interviews, alongside Ms. Miller. (NPR also provides more of the context here.)
The Places slideshow captures the breathtaking sweep of the land, yet also communicates the physical and mental hardship of continuing these practices. Below, Mary Carol Miller’s prose speaks to this situation:

We found a handful of men and women who remain where their fathers and mothers and grandfathers and grandmothers planted their flags. Each spring, they weigh the odds and walk the land, recognizing every turnrow and low point and subtle rise over a thousand or two thousand or even eleven thousand acres. And, once again, as their parents and grandparents and great-grandparents did, they will buy the seed and the fertilizer and service the tractors and the combines and hire the cropdusters and begin the daily prayers for more rain or no rain and sunshine and cool nights and no tropical storms in September and no frost in early October. And their children, muttering about the social challenges of being way out there and never having a next-door neighbor, will slowly, slowly find their own souls tied to that dirt. 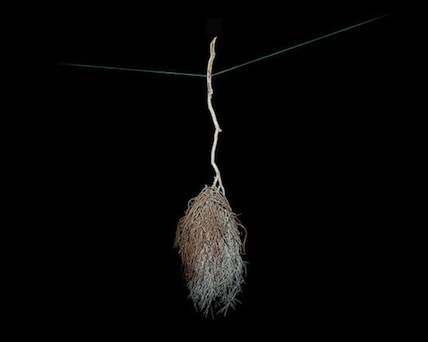 Untitled, 2010; Michael Lundgren
Last week Places published a collaboration that speaks to the concerns delineated across these pieces. If There Be Such a Place is a slideshow of work by two photographers with divergent visions of the American West: Aaron Rothman and Michael Lundgren. Poet and Places Assistant Editor Josh Wallaert offers an introduction not only to their work, but to the problems of aesthetic representation in natural space. As a whole, this is an intellectually complex and visually stunning presentation, and we highly recommend it – the techniques and ideas here can find application across the American landscape. Here is a selection from Mr. Wallaert’s introduction; please follow the links to larger, high-resolution examples of the photographs:

By sundown in this Western town, you’ve met an artist, likely an environmental artist, a role synonymous these days with a kind of citizen interpreter of landscape. This is a golden age for geography in art, and its artifacts range from embarrassing to inspired. We embroider birds on pillows and use historical maps for découpage; we also write gorgeous poems whose lines re-enact processes of geological transformation, engineer mobile apps that enable hikers to identify the Latin names of plants, and exhibit photographs of altered landscapes that challenge old notions about the dichotomy of built and natural environment. The artist invites the audience to participate in an active reading and interpretation of landscape. We all want to read the world these days, or, more often, have the world read to us.

These exchanges are thrilling, yes, but also dazzling — as in, they can make you go blind. An afternoon hike with a naturalist friend can feel like immersion in a hypertextual, augmented reality, where the names of wildflowers hang, shimmering, in the desert air. It’s exhausting. I have often longed for the mute world I knew as a child: where a rock was a rock and a tree was a tree, and none of it spoke to me, except through direct perception and experience. Nature offers this still, if we are willing to accept it: the blank, unreadable, unbeautiful, apolitical moment. There have been times, when I found myself staring at exposed rock on the side of a hill, that I have known something about its formation; and times when I was accompanied by a scientist or artist who was obliged to translate. But there have been many more unreadable moments, when I could comprehend nothing in that open face of the world but its presence, when I had only the desire to climb the wall or poke at it with a sharp stick. 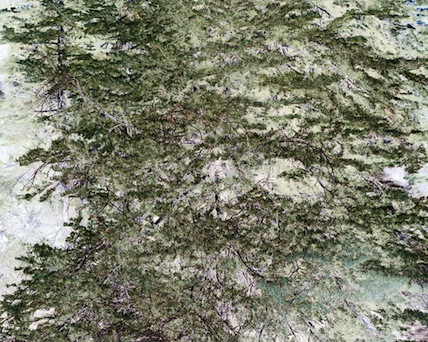