Soul Food On The Southside 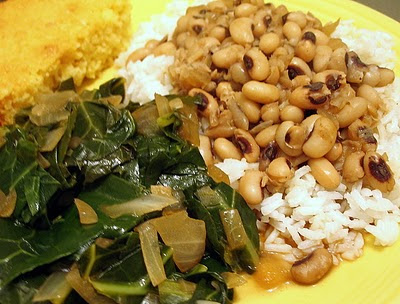 This piece from The New York Times offers another take on the urban-rural intersections Ian Halbert discussed with Baucus and Philemon below. Here, Dirk Johnson spends a Sunday afternoon at Marvin’s Soul Food restaurant on Chicago’s Southside and shares how the cuisine serves to connect the urban reality of these elderly patrons to their rural upbringing:

“We fellowship,” said Gloria Davis, a native of the Mississippi Delta, “and we remember the days.”

These women were part of one of the nation’s most important periods, the Great Migration, the mass trek of blacks going north for jobs and the hope of civil rights. It has been more than a half-century since the peak of migration to Chicago.

The numbers are dwindling among those who can recount the movement that changed the city and America. “We are coming to the end of a chapter,” said Howard Lindsey, a professor of black studies at DePaul University.

Elderly natives of the South like to come to Marvin’s at the corner of Cicero and Polk Street, where the ham hocks, turkey wings and black-eyed peas are some of the best you can find, and where the hospitable ways remind them of country childhoods.