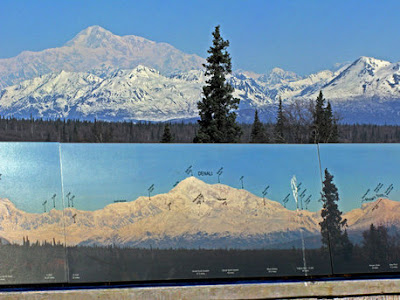 photograph by Evan R. Steinhauser from his Photo Haiku project
We’re back after a short time away, and we have a real treat today: The Tundra Telegraph. This site, which operates in conjunction with The Alaska Dispatch, was launched in February of this year–and it runs on a steady stream of writing and multimedia articles submitted by the Dispatch’s staff and bloggers from the the Alaskan region. Here’s editor Jennifer Canfield on the Tundra Telegraph’s mission:

Tundra Telegraph is for all Alaskans, but we are working extra hard to give voice to rural residents. Rural Alaska has long suffered from a lack of media coverage due to financial, logistical and cultural challenges facing both the state’s media and the remote parts of the state. This has contributed to an ever-present urban-rural divide. Tundra Telegraph aims to knock down those barriers and spur discussion. Our hope is that this will lead to a more connected state.

As editor of Tundra Telegraph, I view the site as a movement of sorts; a change in how we share our experience as Alaskans. By sharing our own stories, we ensure our voices are heard unfiltered by media and politics. This idea resonates with me. I come from a generation of young Alaska Natives who are searching for who they are and what it means to be Alaska Native. We find ourselves trying to right past wrongs our ancestors experienced as a result of insensitive education systems and laws that contradict traditional ways. Some of us live urban lives while trying to maintain connections and identity to a land where our spirit has existed for thousands of years. We do this in the face of losing the glue that holds any culture together: language.

Ms. Canfield is working to reach out both to those living in these rural communities as well as those who have migrated to urban locales; as her insistence on language suggests, The Tundra Telegraph seems deeply interested in how internet technologies can enable a kind of storytelling across spatial borders. Even after only a few months, it’s a rich and wonderful site. Like so many of the place’s we’ve discussed, one can really become immersed in what is to be found here–as one article leads to another link and so forth.
I’m sure that I’m among the majority in saying that, before visiting this site, my knowledge of Alaskan arts and culture was pretty minimal. The great virtue of this site is that it gives its readership the tools to amend this. We’ll be incorporating some connections we’ve discovered through The Tundra Telegraph in upcoming posts. Until then, here’s two recent featured videos that speak to Mrs. Canfields’ mission to “maintain connections and identity to a land.” First, a video of traditional dance from the Emmonak community hall; in the second video, we get to hear from a student at The University of Alaska-Anchorage who is learning the Yup’ik language. There’s many more fantastic articles and media on The Tundra Telegraph site.
Tweet