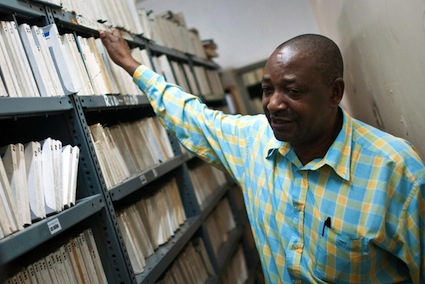 • November is the 22nd annual American Indian Heritage Month! Follow Smithsonian Education to keep apprised of events and articles. Begin your celebration with “Deer Dance Song (medley)” from the 1965 Smithsonian Folkways album “Music of the Pawnee.”

• Last week, Sacramento Mayor Kevin Johnson declared the city “America’s Farm-to-Work Capital,” kicking off a campaign celebrating Sacramento’s vibrant restaurant culture and the bounty of the surrounding farms and agriculturalists. “The mayor and others said their general goal is to brand Sacramento as a food capital the way Austin, Texas is known for its live music scene and annual Austin City Limits Music Festival,” writes Ryan Lillis in The Sacramento Bee.
• The Life of a Language, a documentary short directed by Paul Donatelli, is one of many new films screening at the American Indian Film Institute 2012 Film Festival: 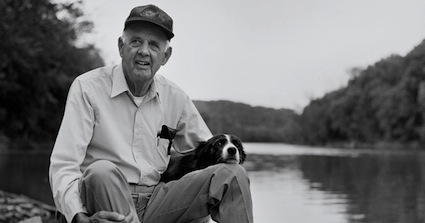 • “Wendell Berry, the farmer/writer from Kentucky, is perhaps our nation’s best-known advocate for small and mid-sized farms. In a recent lecture, Berry talked about how our rural landscapes have often been replaced ‘with a heartless and sickening ugliness.’ He offered what is needed to counter that ugliness: Affection.” Here’s the full op-ed written by Practical Farmers of Iowa Executive Director Teresa Opheim.
• PBS recently aired Rafea: Solar Mama, “a documentary funded by Sundance’s Documentary Film Program and The Skoll Foundation‘s Stories of Change. This film is one of the first honored by the Hilton Worldwide LightStay Sustainability Award, an award created to acknowledge documentaries that showcase the connections between sustainability, economic growth and community development.”
Brooke Shelby Biggs of the Independent Lens Blog discussed the making of Solar Mamas with producer Mette Heide; find the interview here. 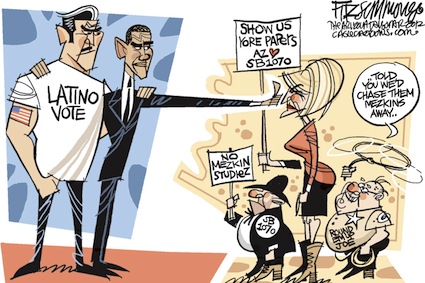 • As the election loomed, Ray Ring of High Country News looked at the impact of the Latino/a electorate in the West: “When Sen. Jon.Kyl, R-Ariz., announced his retirement in 2011, pundits predicted the GOP would easily hold the seat this November. After all, Arizonans last chose a Democrat for Senate in 1988, when as The Wall Street Journal reminisced, ‘gasoline cost less than 90 cents a gallon … and stirrup pants were in.’ Yet Democrat Richard Carmona – a former Surgeon General and Spanish-speaker of Peurto Rican descent – is running neck-and-neck with Tea Party Republican Jeff Flake, even though it’s Carmona’s first high-profile race and Flake is a six-term congressman.”
• “Radio Tanzania was the country’s only station from its birth in 1951 until the mid-1990s, when competing stations came on the air and state-controlled radio became irrelevant. The station’s archives include poetry, drama, speeches and loads of the music now known as zillipendwa. The word translates literally to ‘the ones that were loved’; a looser translation would be ‘golden oldies.’“ Listen to NPR’s recent story about the Tanzania Heritage Project and its co-founder, Rebecca Corey of Dar es Salaam University, and the efforts to preserve some of Tanzania’s most memorable sounds.
Tweet