• “Rural art museums face distinct challenges when it comes to building audiences for exhibitions and programs,” writes Paul D’Ambrosio, president of the New York State Historical Association. “Unlike our counterparts located in urban areas or population centers, rural art museums must compel their audience to travel a good distance to partake of their offerings, and they must tailor their exhibitions and programs to the particular patterns favored by those travelers. At the same time, they must do so while building a donor and sponsorship base that is likewise not local or at least only seasonal.” The Fenimore Art Museum of rural Cooperstown, NY, found a solution through regional collaboration and interdisciplinary thinking. 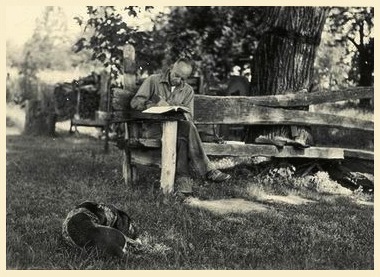 Photograph from the Aldo Leopold Foundation Archives
• “Rising before daylight and perched on a bench at his Sauk County shack in Depression-era Wisconsin, [Aldo] Leopold routinely took notes on the dawn chorus of birds. Beginning with the first pre-dawn calls of the indigo bunting or robin, Leopold would jot down in tidy script the bird songs he heard, when he heard them, and details such as the light level when they first sang. He also mapped the territories of the birds near his shack, so he knew where the songs originated.”
Using these astounding records, two University of Wisconsin-Madison researchers have managed to recreate the sounds that surrounded Leopold seventy years ago, compiling the various calls and sounds described and compressing them into one five-minute audio track. Listen here.

Folks may also be interested in perusing this 2011 program anchored at Arizona State University: Rethinking the Land Ethic: Sustainability and the Humanities.

The Migrating Mural by Jane Kim from Jane Kim on Vimeo.

Artist and science illustrator Jane Kim is on a mission to educate travelers and everyday commuters about the wildlife around them. Following the routes of America’s endangered migratory animals, Kim pulls off the highway to transform the sides of old barns and houses into murals of the animals who seasonally pass by. View Kim’s Kickstarter video here. 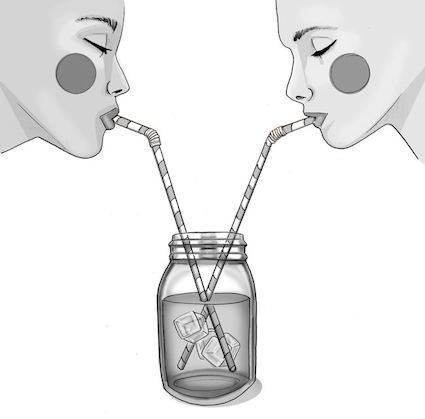 • Standing Bear’s Footsteps crafts workshops and classes for the youth of the Ponca Tribe in Nebraska and Oklahoma. Available on the project’s website is a collection of brief interviews conducted and filmed by Southern Ponca students in a digital media course. In this clip, “Mikhael Laravie, a 7th grade participant in Standing Bear’s Footsteps Youth Media Camp, interviews his grandmother Lola Laravie asking about her childhood growing up on a farm in Nebraska.”
Tweet